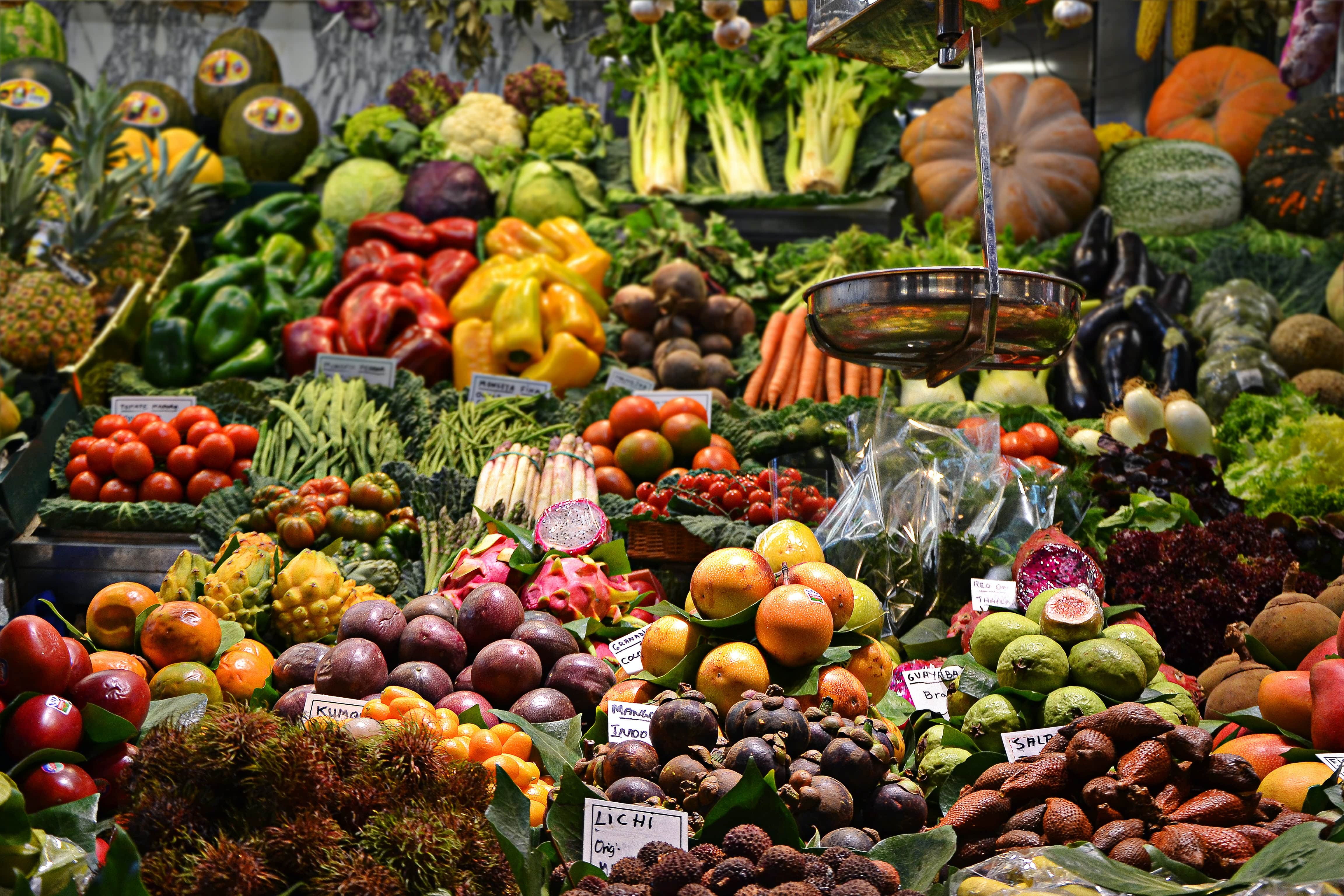 In 2009, a year that many industries could not wait to put behind them, the organic food industry grew by a whopping 12.3% in the United States and 9.7% globally (DataMonitor). These numbers however, are just the latest in a succession from past years revealing a diminishing growth rate. What this means for the future of the industry is not entirely clear, but as of now it does seem to be ripe for some considerable consolidation.

The simple definition of organic crops in the United States is defined as “crops that are raised without using synthetic pesticides, synthetic fertilizers, or sewage sludge fertilizer, and they have not been altered by genetic engineering.” Similarly, “organic animal products come from animals that have been fed 100% organic feed and raised without the use of growth hormones or antibiotics in an environment where they have access to the outdoors.” (Gale Encyclopedia of Diets: Organic Food). While there are variations between what qualifies as organic from country to country, the idea is fairly standard. The not-so-simple definitions of these categories can be found in the twenty pages of the Organic Foods Production Act which details exactly what qualifies as organic and what does not.

The end of World War II, brought an end to much of what we would today call organic farming which, prior to that, was the norm.  The massive amounts of resources that were being devoted to getting enough supplies to the troops overseas could now be applied to getting more supplies for cheap to the American consumer. This is when petrochemical farming took off in a big way. While there was always some demand for organic farming, the organic food industry really began to take off in the United States alongside the environmental movement with the publication of Rachel Carson’s Silent Spring. The Baby Boomer generation spearheaded this demand and, in the 60s and 70s, increasingly sought to return to a more agrarian lifestyle (albeit somewhat superficially) in the suburbs and more rural communities. Steady, grassroots growth brought industry revenues up to an estimated $1 billion by 1990. This same year, congress passed the Organic Foods Production Act (OFPA) in response to concerns of factors that were threatening the meaning of the “organic” label. The 90s also saw the biggest boom in organic market history.

In 2000, “for the first time more organic food was purchased in conventional supermarkets than in any other venue.” (Recent Growth Patterns in the U.S. Organic Foods Market). Before this, most organic purchases were made in farmers markets, natural product retailers or roadside stand-type operations. Despite such rapid growth, according to IBISWorld Inc., the US organic market only accounted for approximately 2.3% of the total grocery industry in 2004. The report goes on to estimate though that this market will grow to 10% of US grocery sales by this year, but the jury is still out on that figure. Today, fruit and vegetable sales make up roughly 37% of all organic food sales.  Driving this ongoing market push for more organic products is increasing health awareness on the part of the consumer, coupled with a record high obesity rate and increased education about artificial pesticides. 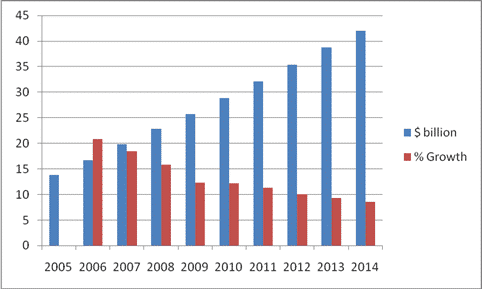 Source: DataMonitor
Like its non-organic industry counterpart, the organic food industry today is very much governed by a rule of high volumes and low margins. The fact that the market has been growing so fast though has had an easing effect on this environment that would normally create high competitive pressure. In fact, the largest competitive force against organic grocers at the moment comes from the threat of forward integration by their suppliers. As rosy as all this sounds, aspiring organic food grocers should beware. Typically, as an industry’s growth rate enters its diminishing growth stage, market forces cause the vast number of competitors to either merge or shut down. Depending on the industry, this can be a wrenching process in which the glut of businesses that amassed during the boom years must be trimmed down to a sustainable market level. Optimistically, the organic food industry still has a vast untapped market in the lower income segments of society. Perhaps as incomes begin to rise again and people continue to pursue healthier lifestyles, growth rates will rebound slightly, although probably not to highs experienced in years past.

The retail supergiant Wal-Mart has been actively pursuing an increasingly extensive line of organic products for around a decade now. They are experimenting across the nation with a higher reliance on more locally grown food suppliers while simultaneously marketing to a higher income range of customers. Wal-Mart has an enormous advantage when it comes to distribution networks and also has much more leverage in price negations with suppliers, making the company a very stiff competitor. Also feeding this move to organic is the fact that the historic stigma that high end consumers have associated with Wal-Mart is beginning to wear off, as the company has become very image conscious and now caters to a wider clientele (NPR.org). Similar success has been had by the Austin, Texas based Whole Foods Market Inc. chain which operates 275 retail stores in 38 states, D.C., Canada and the UK (DataMonitor). 264 of these stores are in the United States and they carry a huge selection of perishable and non perishable high end grocery products. They too are experiencing large economies of scale in their supply chain and plan on opening an additional 51 stores by 2014 (Wikinvest).

While we have probably seen an end to the days of 20+% growth rates, the stabilization and maturity of this industry will take time and it still has much more room to grow. A savvy business person has the opportunity build a profitable enterprise in these current market conditions if they feel confident enough to weather the inevitable slowing growth rates that are already in effect. While there are several large chains to compete with, there are still countless successful small scale operations, and their continued success in these hard economic times is a sign of very healthy and resistant industry. So at this point, one thing is for certain: the organic food industry will not be going away any time soon.

Photo by ja ma on Unsplash